There is no mystery when it comes to UFOs, UAPs, and ALIENS. Many people consider them a combination of real and/or paranormal activity. Even world governments are being pressed into admitting that this stuff is real. Well, is it? I would say yes, it is real and yes, a lot of it is paranormal. What is paranormal? Paranormal describes events or phenomena that are beyond the scope of normal scientific understanding. The scope of scientific understanding is limited but the bible has a lot to say about paranormal activity. 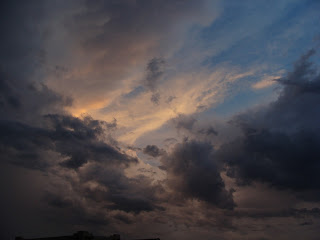 Exodus 7:11 Then Pharaoh also called the wise men and the sorcerers: now the magicians of Egypt, they also did in like manner with their enchantments. 12 For they cast down every man his rod, and they became serpents: but Aaron's rod swallowed up their rods.
This is paranormal activity. It's beyond the scope of normal scientific understanding! Moses and Aaron were instructed to cast their rods down before Pharoh in order to prove to Pharoh that God had sent them to lead Israel out of Egypt. Aaron's rod became a serpent. Then Pharoh's sorcerers cast down their rods and they became serpents also. More paranormal activity! Aaron's rod swallowed up their rods! More paranormal activity!

2 Thess 2:9 God will allow him, the son of perdition whose coming is after the working of Satan with all power and signs and lying wonders, 10 And with all deceivableness of unrighteousness in them that perish; because they received not the love of the truth, that they might be saved. 11 And for this cause God shall send them strong delusion, that they should believe a lie: 12 That they all might be damned who believed not the truth but had pleasure in unrighteousness.

Mark 13:21 And then if any man shall say to you, Lo, here [is] Christ; or, lo, [he is] there; believe [him] not: 22 For false Christs and false prophets shall rise, and shall shew signs and wonders, to seduce, if [it were] possible, even the elect. 23 But take ye heed: behold, I have foretold you all things.

If we're expected to trust in UFOs, UAPs, and ALIENS, then they need to start pointing people towards a relationship with God the Father which is in Jesus Christ and in Him only!

Ransom money in the Old Testament was collected when a census was taken. It was for the service of the tabernacle of the congregation. The d...

Ransom money in the Old Testament was collected when a census was taken. It was for the service of the tabernacle of the congregation. The d...